Turitea Stream will once again be a safe haven for tuna (eel), after a rahui was placed on the awa as part of the opening of Urban Eels. 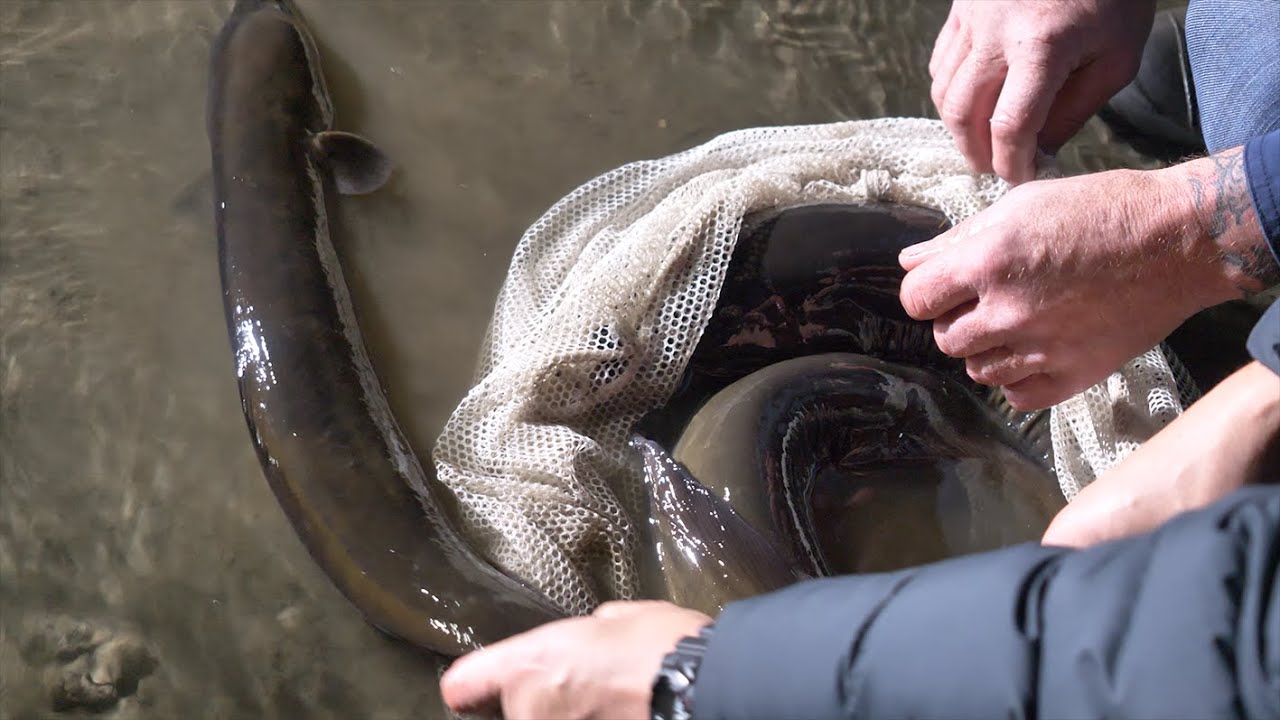 The first eels were released into the waterway today.

Urban Eels is a platform on the Turitea Stream just metres from the entrance to the Manawatū River.

The platform, which you get to by walking part of He Ara Kotahi pathway, is made from recycled concrete pads that were used during the construction of the Turitea Bridge on the pathway.

People will be able to stand on the platforms and watch and feed the eels and learn why they are so important to Māori and the health of our waterways.

Tuna to thrive again in our awa

Ancestral records show that tuna lived in abundant numbers in the Manawatū River and some long-finned eel weighed as much as 40kg. While tuna still inhabit some of our local streams, their populations are declining and tuna bigger than 10kg are a rare find. This decline is largely due to the historical destruction of tuna habitat from swamp drainage, pollution, loss of feeding grounds and the deterioration of riparian margins. Pressure from commercial fishing and the presence of in-stream barriers, such as dams and culverts that can prevent tuna migration and breeding, continue to negatively affect tuna populations.

At the dawn blessing earlier this morning, a rahui, was placed on the stream and surrounds of the Manawatū River, meaning no one is allowed to catch or consume the tuna. This will mean the waterways become a sanctuary for the tuna and allow them to thrive again.

Fiona Gordon worked in partnership with Rangitāne on developing the plans for Urban Eels.

“Urban Eels is a very special place, for tuna and for us. At the very heart of this project is community collaboration and together we have managed to create a truly inviting space, where everyone can reconnect with nature. It has been such an incredible journey to get to this point. I am so grateful and feel extremely privileged to have been allowed the opportunity to work in partnership with Tanenuiarangi Manawatū Incorporated. My hope now is that visitors to Urban Eels will walk away with a renewed sense of the important relationship between man and tuna, all through the expression of the Māori world view.”

Chris Whaiapu from Rangitāne says that “Tuna are He taonga tuku iho; a gift from the gods, and an important traditional food source for Māori.

“Māori have long had extensive knowledge of the timing of their upstream and downstream movements with their annual ‘heke’ or migrations back to Tonga in the South Pacific, as well as an ecological observation mechanism in understanding the quality of the water. It’s great to see them in the Turitea sanctuary where it will provide for an abundance of tuna to repopulate our waterways and be enjoyed by our future generations.”

Karakia at dawn to open the new platform.

Palmerston North Mayor Grant Smith says this project was an obvious one for Council to support.

“Our Manawatū River Framework Strategy is all about there being more things for people to see and do at our awa each year. We’re working with a number of partners to bring this side of the river alive. That started with He Ara Kotahi, this project will add to that, and then next year we will begin work constructing the lookout on the Turitea Pā site. More people enjoying our river, will ultimately mean we have more guardians looking out for it, and that will have significant environmental benefits.”

Project was a true partnership within our city

Some tips for taking care of our eels, and yourself